Marine phytoplankton play huge role in regulating our climate by sequestering CO2 from the atmosphere.  In order to be able to grow effectively, phytoplankton require trace metals, such a iron, copper and zinc which are integral to metal containing proteins – metalloproteins . However, the supply of many trace metals in the modern oceans is scarce – causing limitation of phytoplankton growth as insufficient quantities of necessary metalloproteins are produced. Despite understanding that trace metals are vital for growth, out of the 117 elements of the periodic table, only 25 have (yet) been demonstrated to be essential for life and only 1/3 of metalloproteins have been characterised. The APPELS project of the OceanBug group at Oxford aims to expand our knowledge on the elements required by microbial marine life, thereby understanding how the availability of essential elements for life drive the growth of marine microbes in the past, present and future – with implications on the biogeochemical cycling of major elements such as carbon, nitrogen and sulphur.

Evolving metal availability and the evolution of life

The chemical composition of the oceans was dramatically different during the Archean and Proterozoic Eons (3850 to 541 million years ago). For example, the absence of biological silica sinks resulted in high dissolved SiO2 compared with the modern ocean, but the effect  of this on early life is unknown. Another major feature of Precambrian oceans was the prevelance of anoxic bottom waters. Anoxic conditions can impact the cycling of macro-nutrients, such as phosphate, and can augment the nitrogen cycle by limiting the availability of essential micro-nutrients, such as Mo, V and Cu. An unusual feature of the Precambrian fossil record is the prevalence of prokaryotes over eukaryotes, and metal limitation has been suggested as one possible explanation.

A benefit of working with extant microorganisms is that their trace metal requirements are often vestigial to the ancient oceans in which they evolved. Oxford OceanBug is simulating the impact of Precambrian seawater on the growth and morphology on modern prokaryotes and eukaryotes. This allows us to  glean how altered availability of trace metals may have influenced these microorganisms, with implications on the biogeochemical cycles that they drive.

Oxford OceanBug is simulating the impact of early Earth seawater trace metal availability on the growth and morphology of extant (modern) prokaryotes and eukaryotes.

The Oxford OceanBug group is involved in an exciting £8·6 million Greenhouse Gas Removal Research Programme funded by a consortium of councils (including NERC and the ESRC) which aims to explore the feasibility of a variety of geoenginnering options.  In conjunction with Prof. Gideon Henderson, the OceanBug group is involved in the assessment of the environmental feasibility of using iron and steel slag deposits to remove carbon dioxide from the atmosphere, led by Phil Renforth at Cardiff University.

Specifically, Oxford OceanBug is exploring how enhancing the natural process of weathering to increase a chemical property of the oceans known as ocean ‘alkalinity’ will affect surface microscopic inhabitants – namely phytoplankton such as coccolithophores, foraminifera, diatoms and cyanobacteria. In addition, Oxford OceanBug is exploring how the release of toxic elements, which may accompany weathered material from waste rock, may also affect phytoplankton.

As we continue to increase the concentration of CO2 in the atmosphere, so too do we force global temperatures higher. As a component of our atmosphere that has profound implications to the current climate, it is of paramount importance to fully understand the sensitivity of the climate to changes in atmospheric CO2 concentration. By understanding changes in the past, we stand to understand more about our climates future and the implications of climatic change to our society.

Presently, several pCO2 proxies are available to paleoclimatologists, however these often lack high spatial and temporal resolution, usually becoming worse deeper into Earths history. The alkenone CO2 proxy is one of the most widely used methods, yet suffers from a number of pitfalls: several initial parameters must be defined, both alkenone producing algae and foraminifera must be present and the maximum extent of use is ~40 million years before present. The development of a novel CO2 proxy that stretches further back into Earths history whilst minimising uncertainty is therefore key to accessing the wealth of knowledge still trapped in the rock record.

Oxford OceanBug is investigating how coccolithophores (unicellular phytoplanktonic algae), in particular on coccolith-associated-polysaccharides (CAPs) can be used to develop a novel proxy of atmospheric CO2, collaborating with Dr Renee Lee at the University of Reading.    This proxy is based on the carbon isotopic signature of the CAP (d13CCAP), which is thought to be sensitive to atmospheric CO2 change. Through culturing a geologically abundant species under varying external conditions, Oxford OceanBug hopes to develop a mechanistic understanding of the relationship between d13CCAP and pCO2. CAPs potentially stretch back to the Triassic and hence provide an opportunity to reconstruct pCO2 over a greater time interval than current methods allow.

Calcium carbonate is a mineral that is formed by many marine organisms, from the skeletons of corals on tropical reefs to the shells of microscopic algae, coccolithophores, in the open ocean. In the case of coccolithophores, these organisms form large blooms that can be seen from space and can act as a major carbon source or sink depending on whether they produce more calcium carbonate than they do carbon-rich organic matter in their cells. When forming calcium carbonate, they must produce some carbon dioxide, and as the CO2 in the atmosphere and ocean increases this becomes more difficult for these organisms. Understanding the fundamental process of calcification – the energetic costs, the reasons why, and just how much calcium carbonate and organic matter these organisms produce and have sink to the sea floor as a long term carbon store – are necessary to understand how the ocean ecosystem and carbon cycle will change in the future.
In this research we will be measuring the amount of calcification and dissolution occurring in seawater sampled across major oceans. To estimate calcification and dissolution we will be measuring Ca to high precision using isotope dilution MC-ICPMS – in this manner, we can track the net amount of Ca taken up by or released from organisms in seawater. We will also be using culturing experiments and spectroscopic techniques to explore the mechanism of calcification by phytoplankton, and the effect changing ocean conditions have on this process. 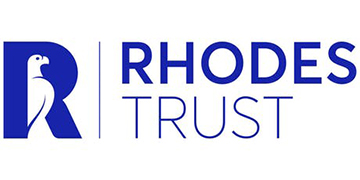